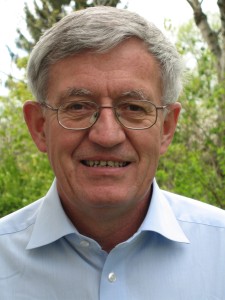 Tore K Kvien is Professor of Rheumatology at the University of Oslo since 1997 and Head of the Department of Rheumatology at Diakonhjemmet Hospital, Oslo, Norway since 1994. His current major research activities include epidemiological and health service research, with a focus on frequently occurring diseases such as rheumatoid arthritis, osteoarthritis and ankylosing spondylitis. Special focus is also directed on complications of rheumatic diseases, for example osteoporosis and cardiovascular morbidity.

Professor Kvien initiated a collaborative project in Norway on very early arthritis and is the leader of the Norwegian NOR-DMARD registry, an observational study of prescriptions of DMARDs and biological agents in Norway. He is also the leader of a regional research network in Norway focusing on very early arthritis. He has published more than 400 original research publications in international peer-reviewed journals, was President of the European League Against Rheumatism (EULAR) from 2005 to 2007 and has been the Editor-in-Chief of the Annals of the Rheumatic Diseases since 2008.